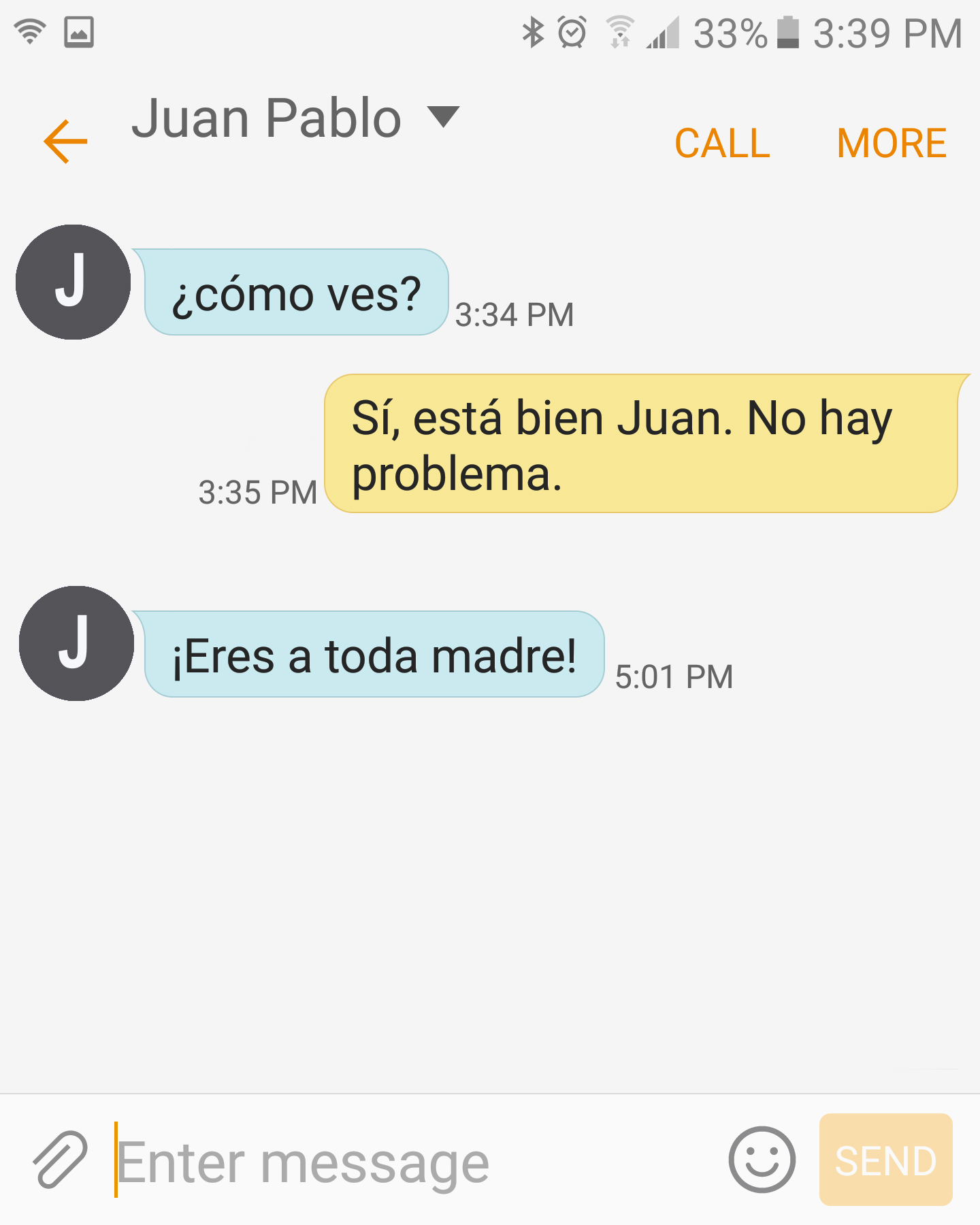 The first time I ran into the Spanish expression a toda madre was in a text conversation. I'm posting a screenshot of the short exchange I had with a work friend of mine from Mexico. He had asked me to do him a favor, and was texting to see if I would agree:

I told him it was fine, no hay problema.

And then what he wrote back left me scratching my head a little.

In the Curse Words episode, Paulina explained how Mexicans use the word madre a lot when they curse. And since the literal translation of the expression “eres a toda madre!” is something like, “you’re a full mother!” I was pretty sure I was being cursed at.

I called him up and asked him why he was so angry. We both had a good laugh after he explained that eres a toda madre is just an emphatic way to say “you’re the best.”

I asked Paulina about the expression in our next meeting and she helped shed even more light on it. She said it’s definitely informal, it sounds unrefined but it's not considered overly vulgar, and it's sort of just a rougher version of the slang expression a todo dar.

A todo dar is a colloquial way to say that something or someone is really great, nice, awesome, etc. A toda madre has the same general meaning as a todo dar, it just sounds a little more like street language. And the exactly translation really depends a lot on the context and how someone is saying it.

Here are some examples that Paulina shared with me, it really helped to illustrate the two phrases better:

A Todo Dar -vs- A Toda Madre

The translations of both expressions are pretty fluid, meaning they can change a bit in different contexts, but both generally express "good/great/nice/etc."

One of the other things that Paulina told us in the Curse Words episode was that we need to be careful with the word madre because Mexicans use it a lot to roughen up different expressions. She said they call it mentar la madre (mentions the word madre), and when you hear it you can be pretty sure that someone's swearing.

But with this phrase, I think it’s safe to say that if someone from Mexico ever says to you, “eres a toda madre,” the appropriate response might just be “gracias.” 🙂 Ojalá que esto te ayude. Un abrazo, Michael

Take your Spanish from book smart to street smart! 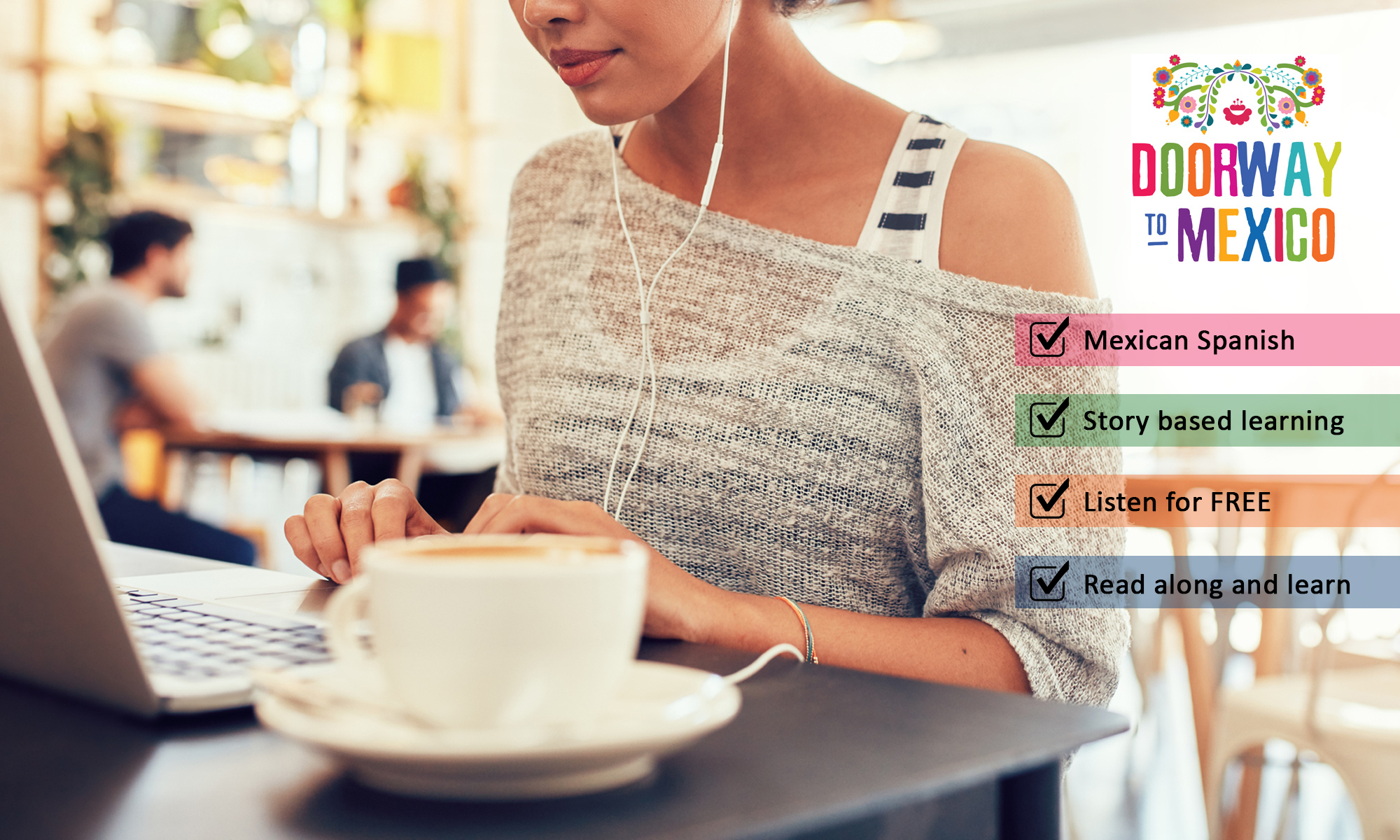 Get Free Mexican Spanish Lessons Delivered to Your Inbox

Sign up to get exclusive Mexican Spanish lessons and cultural tips. Our exclusive lessons can help boost your Spanish, whether you’re exploring Mexico, Latin America… or your own neighborhood. 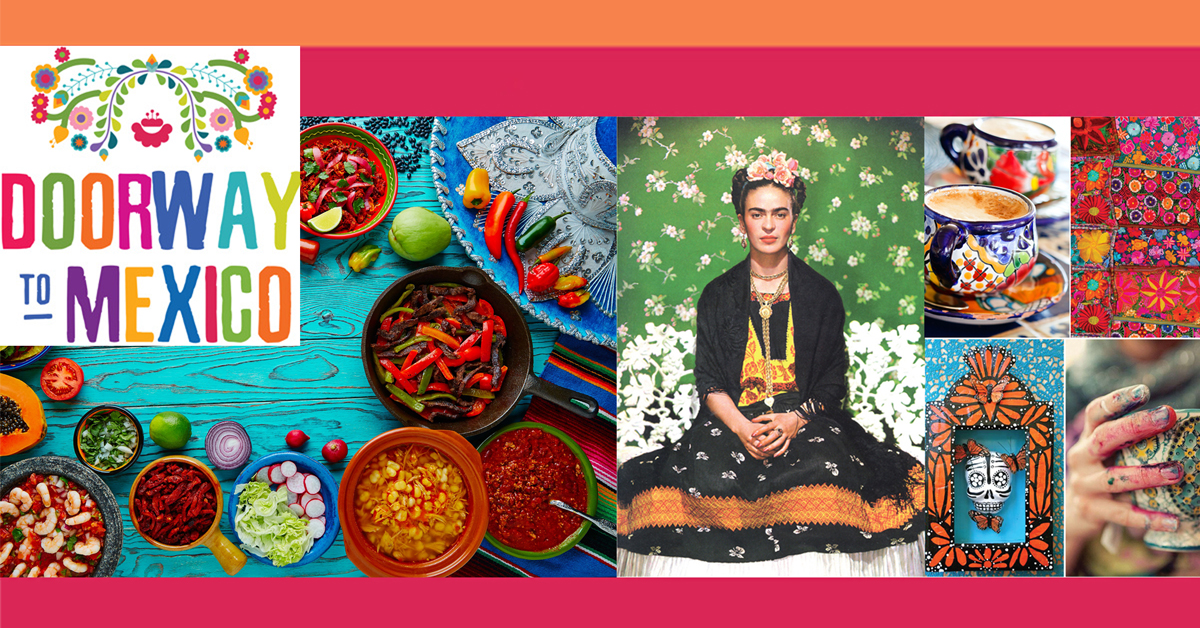